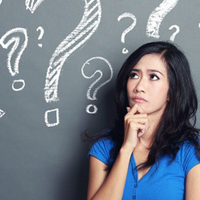 Many consumers not familiar with the benefits of Bioheat® fuel may have preconceived notions about the fuel. We'd like to help set the record straight and ease any concerns that you or someone you know might have.

FACT: Bioheat® fuel does not explode.
If you drop a match into Bioheat® fuel, it will go out as if it had been dropped into water. In order to light  Bioheat® fuel on fire, you must heat it above 140 degrees, the temperature at which it begins to vaporize.

MYTH: Bioheat® fuel is not a good value.

MYTH: Bioheat® fuel is not dependable.

FACT: Bioheat® fuel dealers have always kept their customers warm, and will continue to do so.
There is no need to worry about world supply - with over 50 oil-producing countries, the U.S. is not dependent on any one source for our supply. And, in addition to the Strategic Petroleum Reserve's maximum 727 million barrels, Bioheat® fuel customers can rest assured of an ample supply, thanks to the Northeast Home Heating Oil Reserve, a 1-million barrel supply of emergency fuel for homes and businesses in the Northeast United States.

FACT: Thanks to Bioheat® fuel, Oilheat is now more than 95% cleaner than 25 years ago.*
Achievements in burner technology have resulted in emissions levels approaching zero. In fact, Bioheat® fuel burns so cleanly its emissions aren't regulated by the Federal Clean Air Act. New EPA emission ratings affirm that Bioheat® fuel burners are now one of the cleanest combustion sources in the U.S. On top of all this, the introduction of additional biofuels, such as those made from soybeans, is reducing emissions even further. *Source: USEPA, BNL Report 52249

FACT: Bioheat® fuel tanks are safer than ever.
Bioheat® fuel customers benefit from having their fuel source safely stored in a tank on their property - with no need to worry about the weather or disruptions in their fuel supply. Modern tanks are designed with corrosion-resistant materials to make them safer and more leak-proof than ever before. There is no federal law or regulation mandating the removal of an existing Bioheat® fuel tank.

Know the facts and feel good about Bioheat® fuel! 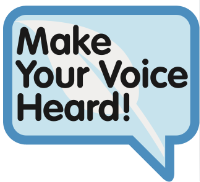